We often have people pop in to join us,
whether they be old friends or new friends. 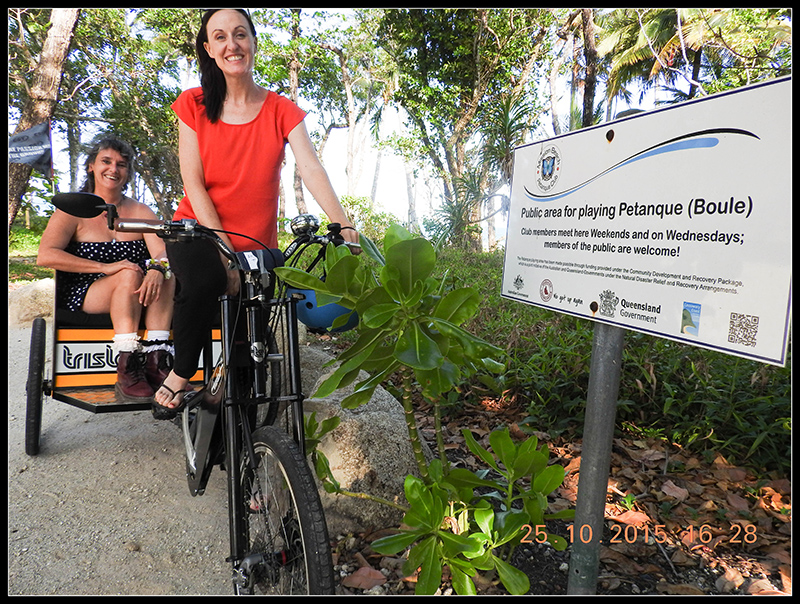 One such visitor was the gorgeous Crystal Davies who was in the early stages of a World Record Attempt - distance traveled by riding a rickshaw. She was making the attempt to raise awareness and money for Lifeline. Crystal was successful in her record breaking attempt and raised much needed funds and awareness for a worthy cause. 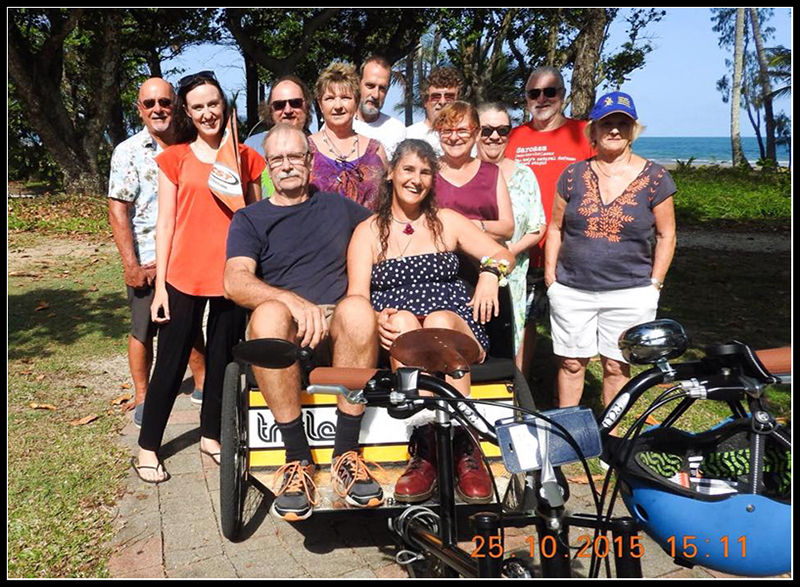 Sal and Jim got place of honour as both were celebrating their birthdays. 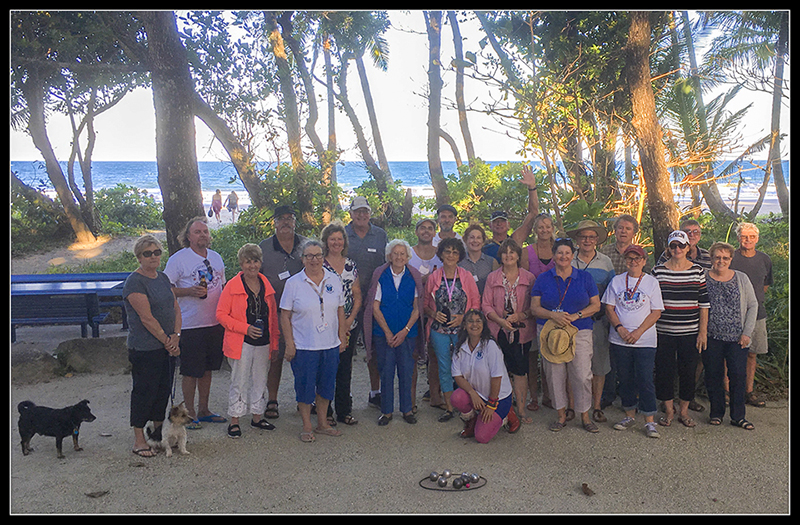 August 2017 - Rotary Club Mission Beach joined us for a fun afternoon of Petanque. Two of their members had so much fun they joined our club. 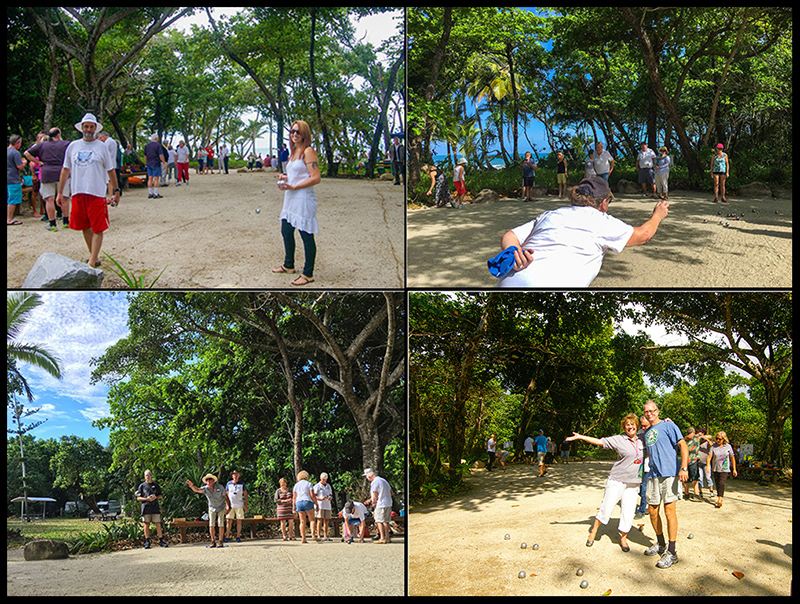 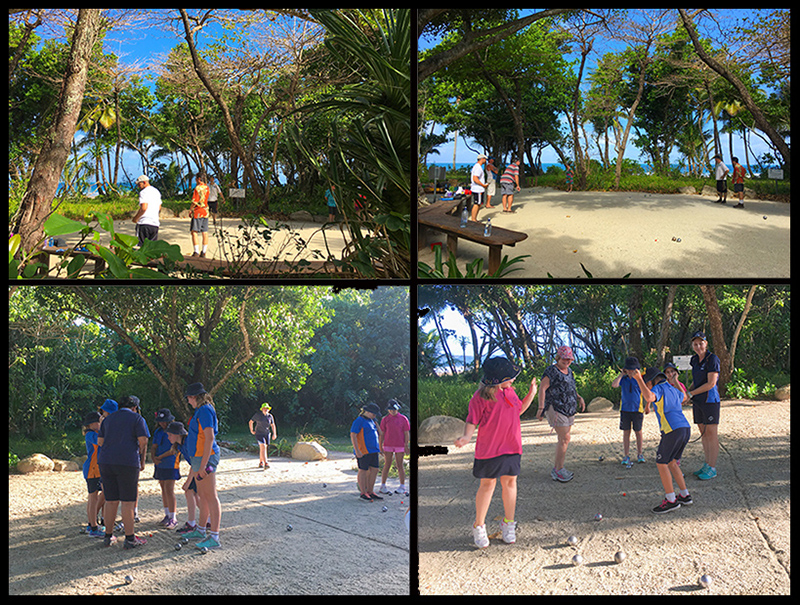